At the Illinois State Museum 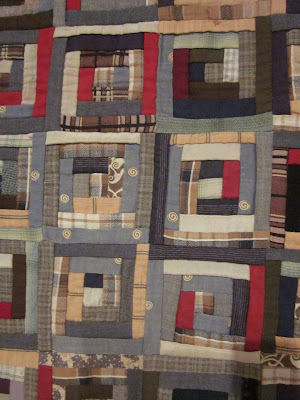 There is a dandy exhibit of Civil War quilts at the Illinois State Museum in Springfield - now until September. It's a very clear representation of the ways women supported the war effort. The focus is on ways loyal Illinois women organized to support soldiers on the field and in the hospital, as they braced themselves for the changes in family and community life that the war would bring.

There are many wonderful quilts but this one won my heart, hands down.

It's  a Log Cabin, (possibly) stitched by Sarah Reed of Anna, in Union County, Illinois. It's a large quilt, made of wool, delaine, silk and velvet. Family lore has it that Sarah had a son fighting on both sides in the Civil War, and that uniforms of both are stitched into this quilt.

Illinois was a state sorely split by the Civil War, since it extends so far from North to South. I have been keenly aware of that since my youth when I read the wonderful book "Across Five Aprils" by Irene Hunt. It tells the story of the war years from the youngest son of a family with sons who went to fight on both sides of the war.

If you're near Springfield this summer, you don't want to miss this exhibit. This is only one of many spectacular quilts there. 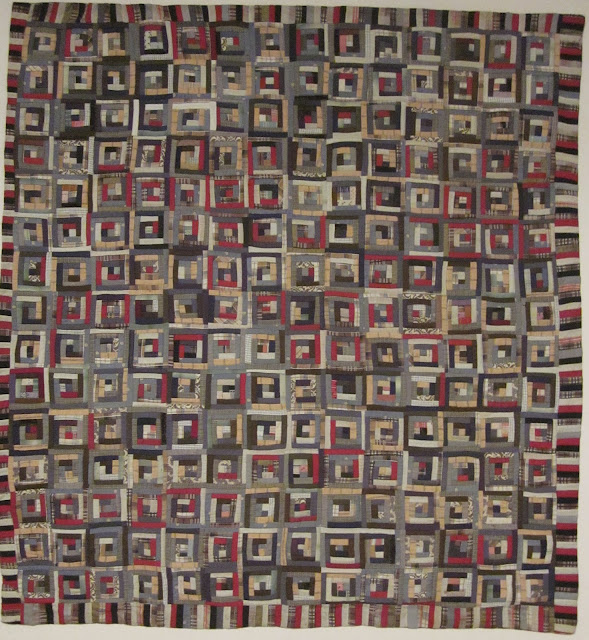