On occasion, you know, I have to report about life here in Lawrence. What follows comes right from one of my favorite Dave Barry lines: "I am not making this up......." 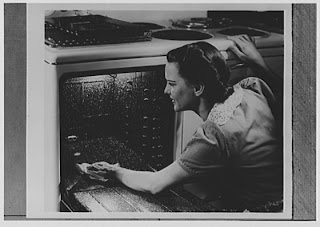 For some reason, we have had an epidemic of stoves locking and refusing to open among our stitch group buddies. Thankfully, I am so instruction-challenged that I gave up trying to self-clean mine (which leads to the locking) and sprayed it with chemicals (yum). But my friends are smarter and braver. They read the instructions, set the self-clean options, threw the lever and locked theirs. And then the ovens would not UN-lock! This has happened to 2 stitchers so far.

Stitcher A gave up trying to solve the dilemma herself quickly and called the appliance guy, who came by the day before Thanksgiving and fixed it "in about 5 seconds," she reported. "We felt like idiots." 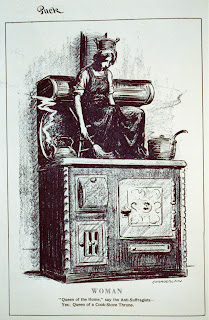 Stitcher B was breaking in a new stove for the holidays. Here is her report:
"Turkey day went pretty well, over all. I/we had used the new stove's oven 3 or 4 times, and each time it STANK!!!!  So, I read the manual, and it said that "the smell will resolve with the first cleaning, if not before," so I decided to use the oven cleaning feature.  So, the night before Turkey Day, I throw the latch to lock the oven, and hit the button for cleaning.  I then realized I hadn't removed everything from the oven, so I hit the off button, released the latch, opened the oven, took stuff out, threw the latch to lock it and hit the "clean" button again.  And I went to bed.
The next morning, I released the latch, and the oven wouldn't open.  It was still locked closed.  Hard to cook a turkey if you can't get it in the oven. So I read the instructions, which were not helpful.  Then got on line, and found a few more things to try.  Tried those things, it was still locked.  Tried them again, same result.  Called some appliance repair places, no one was answering.
So, after jumping through several more hoops, we (by this time more of my family was here) decided to order turkey at Dillons.  We wandered over to do that while my brother-in-laws were serially contemplating the locked oven door. 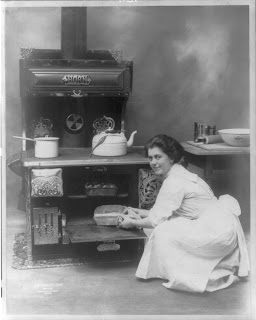 We successfully ordered a turkey breast to be cooked for us at Dillons, and wandered back home to find that my more mechanically minded brother-in-law had managed to unlatch the latch.  So we could have Pumpkin Pie and Turkey!!  As well as Ham, Grouse, and now the Turkey from Dillons.  So, after that, all went well, everyone got along well.  We wound up eating at 3:30 instead of 2:00, but had lots of snacky stuff, and the day was fine...How was yours?

By the way, one of my daughter's friends was here just now, and she was telling him the story, so he had to try the latch. It locked the door AGAIN, but this time I was able to get it unlocked after about 5 minutes of trying.  I bet I'll be faster next time.  Or maybe I'll just get it fixed."

Thanks to ace stringer Roseanne Smith (aka StitcherB) for sharing her story..........
Posted by Deb Rowden at 3:03 PM