A great quilt seen at guild 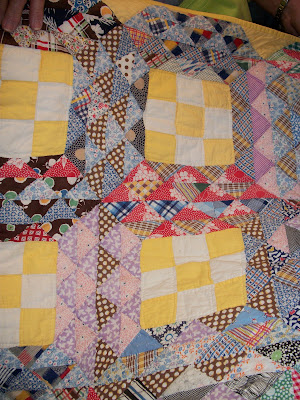 Our last quilt guild meeting of the year was a fun one. Some people bring things to sell and other people do quick demonstrations of things we like to make. I showed several people how I make toothbrush rugs. One woman watched and told me her mother used to make them. 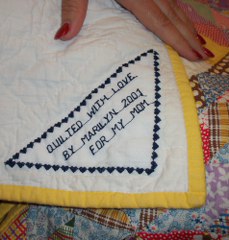 When it was time for show and tell, that woman showed us a quilt she had finished for her mother. Marilyn McClure's mother, Ruth (Seal) Chapman of Wakefield, Kansas, allegedly never threw anything away. She had a quilt top she was meaning to finish and Marilyn loved the top so she kept an eye on it. When her mother was 85, she admitted she would probably not get to that top. So Marilyn took it home, hand quilted it, and brought it back for her mother to use. And she did use it. When she moved to assisted living, Marilyn brought the quilt home. I love the story and I love the quilt! It is so totally scrappy.......I had a hard time identifying the block in the Encyclopedia, so I made a lifeline call to Barbara. She . thinks "it's an Ocean Wave with a nine patch for the square. I was fascinated by it too. Here's a picture from BlockBase. It's actually not in the book Encyclopedia. It's something Penny added to BlockBase. Seems to be KCS 1942." 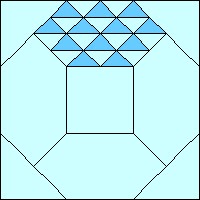 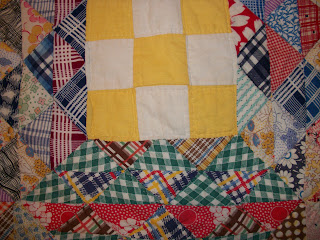