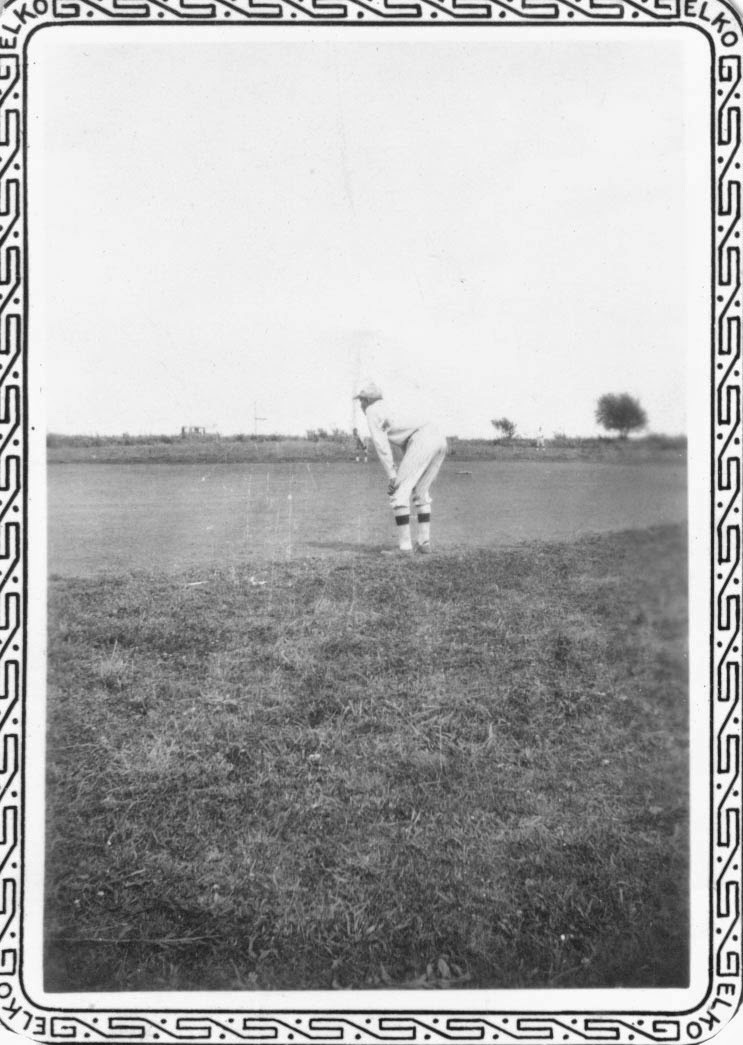 This may be the only picture there is of my grandpa, Homer Ivan Poore, playing baseball.

He played when he was young. On minor league teams. During the roaring '20s. Out west somewhere. I've always thought the teams must have been like the one in the movie Field of Dreams ...

Grandpa and other ghosts of baseball are surely beaming down on Kansas City today. The home team, the Kansas City Royals, is in the World Series.

Grandpa had a lifelong love of the game. Year after year, we went to the games with him, first cheering the Athletics in municipal stadium, later the Royals at Kaufman Stadium. He listened to every game, often on the radio, sitting on the back porch. My little brother would ride his bike over and listen with him (but he had to be home by dark, he reminded me recently). Grandpa taught all of us to love the game.

Grandpa didn't talk much, but every year when we lost, the refrain was the same as he shook his head: "Pitchers. We need a good pitcher."

Grandpa, we got one. Tonight, Big Game James Shields is our starting pitcher. He's supported by a stellar bullpen. We're in the World Series.