It all started on Facebook ... when my friend Marti, who lives in Maine, asked if anyone knew about this: Particularly around the state of Vermont, many 19th century farmhouses were built with slanted "witch windows," due to the commonly-held belief that witches could not fly their brooms into a tilted opening.

Oh boy! We had something to hunt for on our last day in Vermont. We hiked in a national park near Woodstock and as we neared the Visitor's Center, I saw THIS: 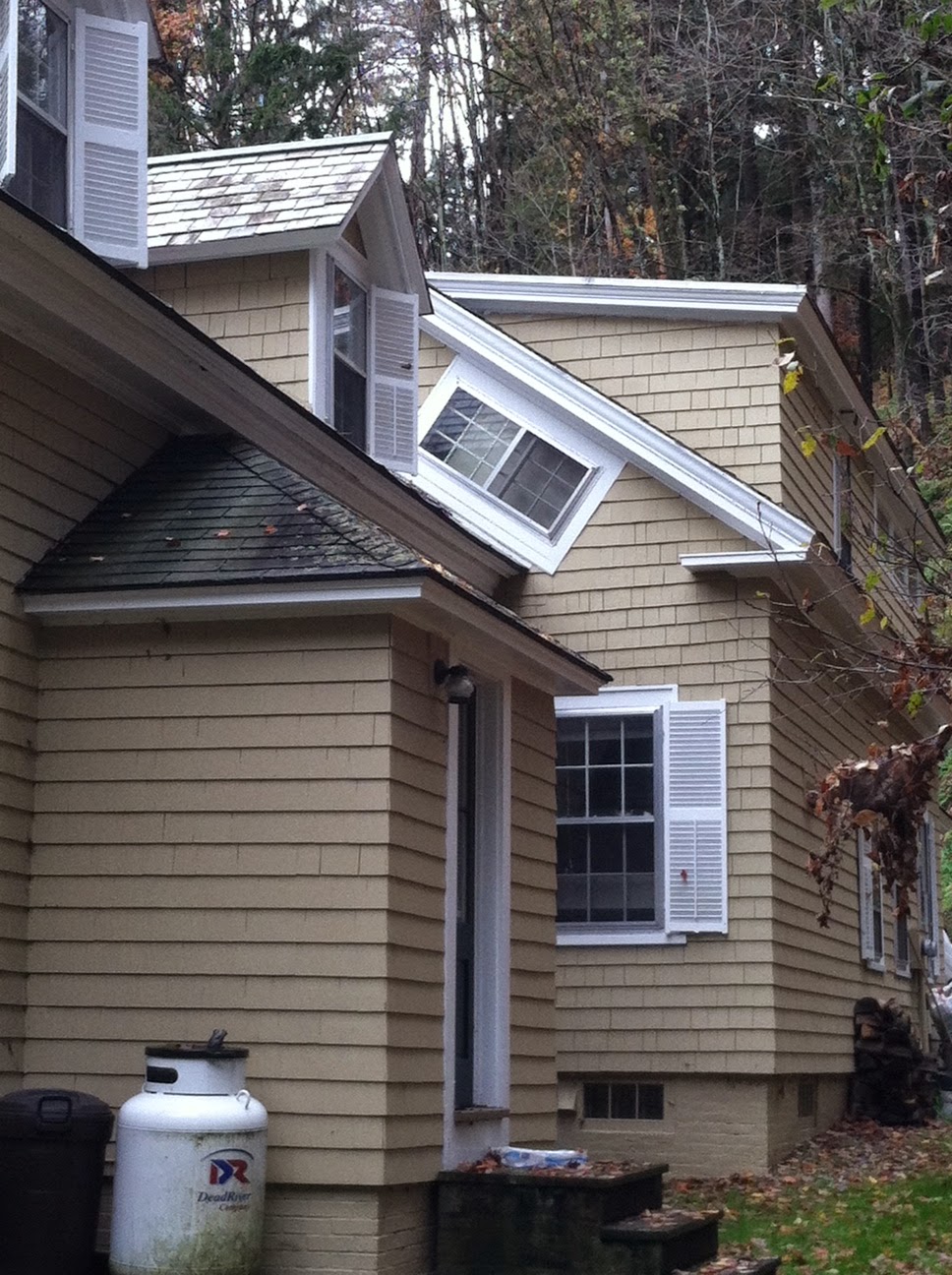 Notice the slanted window - this is a coachman's cottage, built in 1870. I asked two park rangers about it. One lives in New Hampshire and he said he sees windows like this in both states. The other agreed. He thought they were added so the rooms would be more light-filled.

Google witch windows for more information about this. Wikipedia says the name "appears to come from a superstition that witches cannot fly their broomsticks through the tilted windows." They are also known as coffin windows, Vermont windows, sideways or lazy windows.

I liked what writer Kathryn Eddy wrote about them in the Montplier/BarreTimes Argus a while back:

Primarily found in Vermont — and generally in the central and northern areas — as well as some of our neighboring states, the Vermont window is a full-sized, often double-hung window placed at 45 degrees on the gable end of a house, squeezed between two rooflines.

The sideways window was generally the window that had to be sacrificed from the old wall and simply reused. Add it to the extensive list of reasons why Vermonters deserve their practical reputation and were going “green” — recycling and repurposing — long before it was the trend to do so.

Just more proof that Vermont is NOT like Kansas ...
Posted by Deb Rowden at 4:00 AM