Do you ever look at a building and see a quilt? Look what I saw when I came out of the post office the other day. 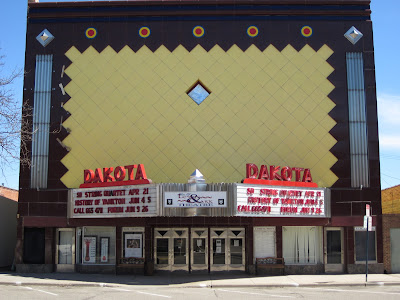 I had seen the Dakota Theatre in downtown Yankton, South Dakota before. But I hadn't noticed what so clearly looked like a quilt design on it's facade before. 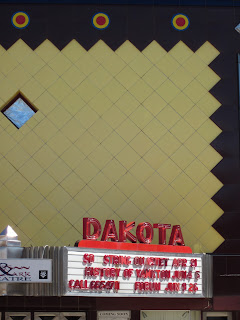 The Internet reveals that the theatre opened in 1902 as the Yankton Opera House. New owners in 1921 renamed it the Hess Theatre - a grand reopening then featured a $10,000 pipe organ, cushioned opera chairs and large pendant chandeliers. Looks like it became the Dakota in 1929. It closed in 1987 but was reopened in 1993. Renovation continues today.

I like the dots at the top. You can read more about it here.