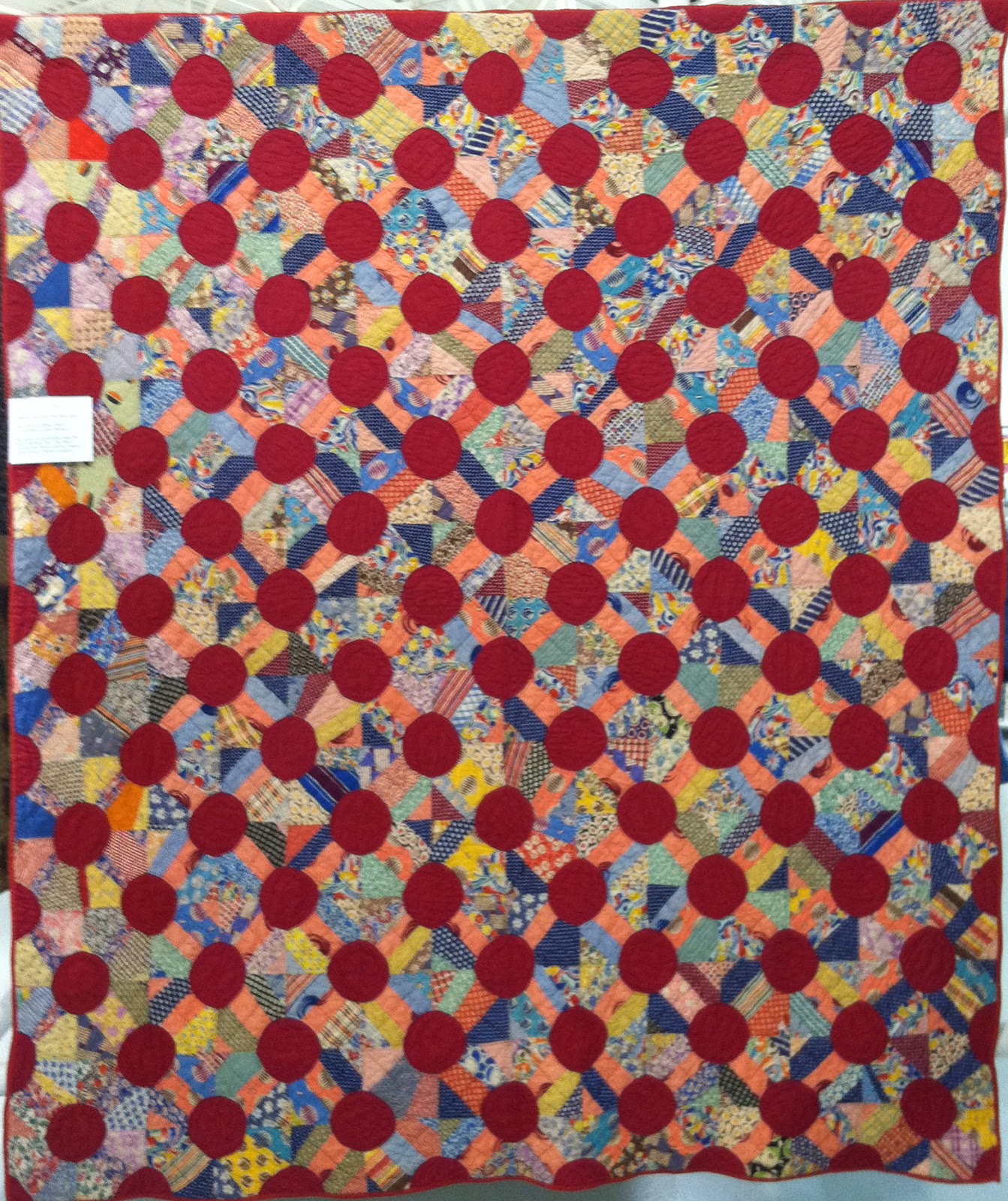 Karen Hansen brought this vintage quilt to guild and we went nuts. It was so bright and exciting! She was seeking advice about washing it - we begged her to show it at our quilt show.

So she did. Isn't it wonderful? It was made in the 1940s by Hazel Eisenhart Baker, Karen's husband's grandmother. She lived in Spokane, Washington.

By coincidence, I happened to read an article about string quilts written by my friend Pat Kyser published in Quilt World magazine, March/April 1979. It had a picture of a similar quilt made by a woman in Tennessee. Pat wrote: "In their area, this quilt has two names. If the round piece is white, it is called "Snowball," and if it is red, it is called "Fireball." Pat described it as as a string-pieced square with a bite taken off two of the corners. The size of the bite determines whether an oval or a circle results when four pieces are placed together.

The circles in Karen's quilt are not pieced, which makes us think they were appliqued on. 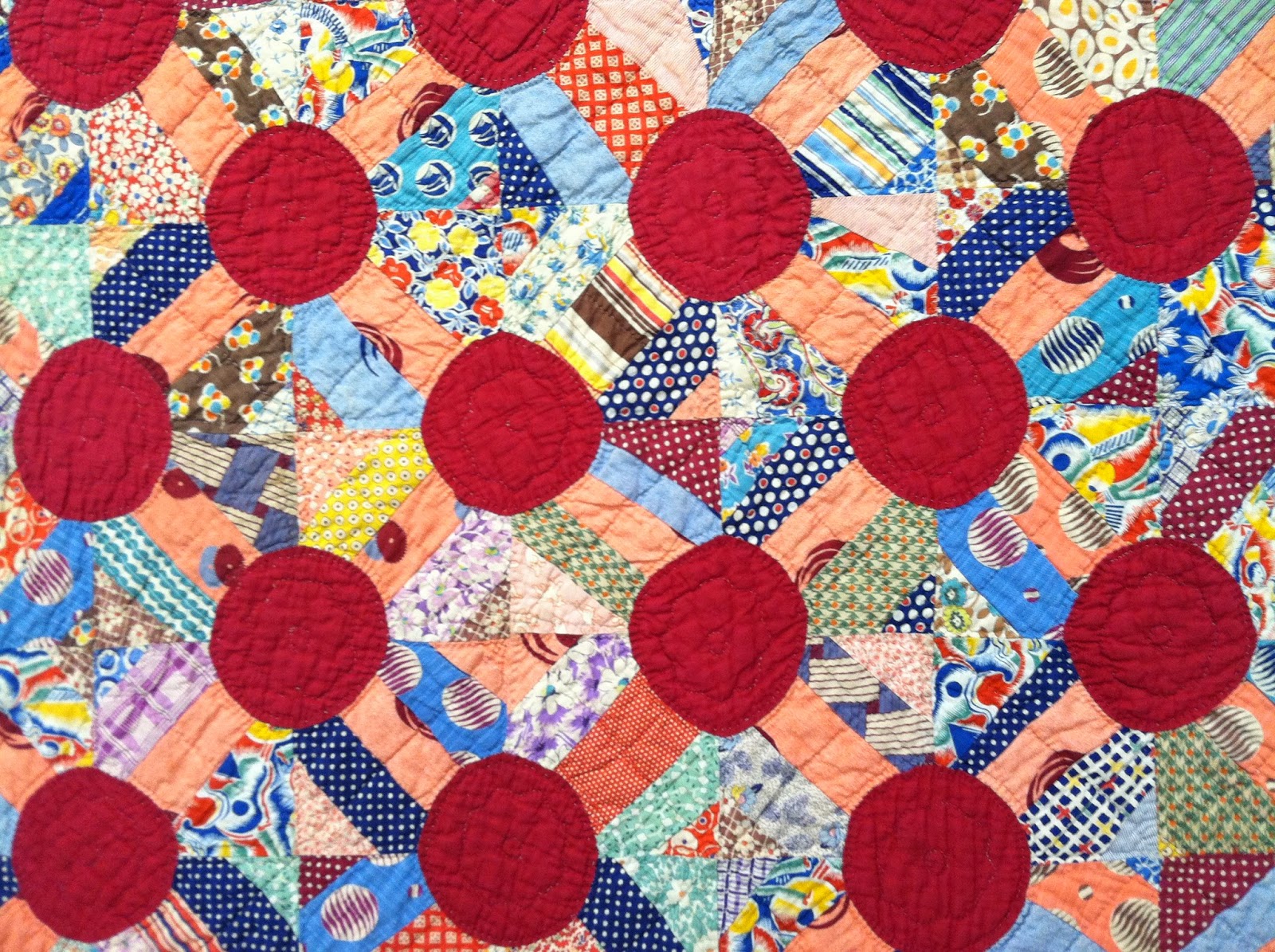