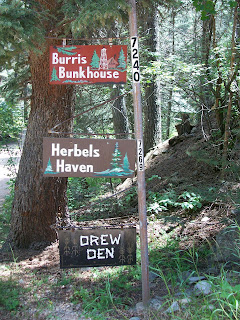 We have been in Colorado where we stayed in an area south of La Veta called Little Kansas. Kansans, especially western Kansans, built little cabins along the Wahatoya Creek in the 1930s and their kids carefully keep them in the family to this day. They like alliteration in the cabin names - telltale signs of the 50s ideal Leave-it-to-Beaver type families.

Two large mountains dominate the skyline south of town. The Indians who were here first called them Huajatolla, meaning breasts of the world. Legend also says an Arapahoe Indian chief named them after his favorite wife, Wahatoya. How about that! 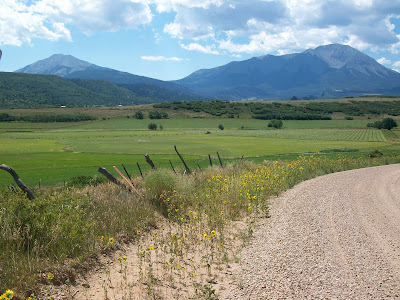 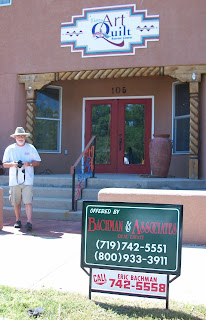 There is some quilt news in this town. Ricky Tims retreat center is on the market. Word is he has moved it to Boulder for now. Everyone here misses him and the many quilters who came to town. Look, you can buy it!